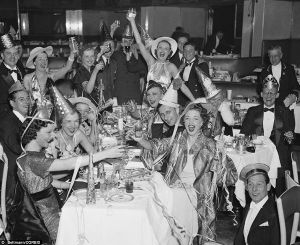 Yesterday the DfE announced its new plans for careers. Amazingly I seem to have beaten Russell in producing some commentary on this – so I’ll revel in this once in a lifetime opportunity to set the blogospheres agenda on something.

So the back story is that we’ve known for a week or so that there was £20 million of new money for careers. What we didn’t know was what they were planning to spend this money on.

Yesterday Nicki Morgan announced that they were planning to establish a new careers and enterprise company for schools which will seek to “transform the provision of careers education and advice for young people and inspire them about the opportunities offered by the world of work.” This is all set out in a press release on gov.uk.

The new body will be chaired by the current Chair of Capgemini UK, Christine Hodgson. I’ve never come across Christine before so I’d be interested in any insights that anyone has. She has had an involvement with Business in the Community which is probably a good sign. On the other hand she clearly isn’t a careers expert, so it will be important for her to surround her self with some people who do know a bit about the sector and can help to avoid the reinventing of any wheels.

So high profile employer lead aside, what will this new company actually do. Cutting through the rhetoric in the press release I think that the key features are as follows.

Alongside this announcement there is also some stuff about improving the destination data. I don’t think that this is really anything new, nor does it really seem to be directly related to the new company.

OK. So this all sounds good right? A new strategic body led by a high profile, independent chair to improve careers provision in England.

Well, I’m going to go with optimism for now. I think that this is a good thing. However, a more pessimistic or critical person than I might make the following points.

Personally I hate those moaning minnies who make the kinds of points above. Now is a time to rejoice! However, it is also a time to engage energetically and positively with the new company. There is a lot of detail still to be worked through and this detail could make the difference between something that is genuinely useful and another massive white elephant.